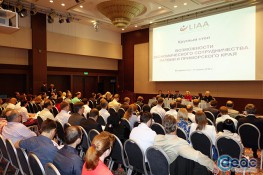 DEAC along with delegation of Latvian entrepreneurs under the leadership of Ambassador Extraordinary and Plenipotentiary of the Latvian Republic to the Russian Federation - Astra Kurme, from July 9 to July 20 have visited Russia’s Far East region cities - Vladivostok, Khabarovsk and Magadan. The delegation met with region’s high-ranking officials, governors and mayors and had fruitful round-table discussions with representatives of several business sectors.

“Latvia considers partnership with Russia as highly significant,” underlines the Ambassador of Latvia to RussiaAstra Kurme. “Today Latvia is experiencing the highest economic growth among all European Union countries. Most delegation companies were represented as a greatly experienced in the Russian business field, they see clearly the new opportunities and ways to develop mutually beneficial relations in the Far East region,” confirms Astra Kurme.

“Baltic data center operator DEAC has implemented more than 600 Russian customer’s projects from Kaliningrad to Sakhalin, including projects from the Far East,” notes Director of Representative Office in Russia Olegs Naskidajevs. “For Russia’s Far East businesses we can provide IT infrastructure optimization, different solutions to increase company’s data security, reduce risks and expenses to achieve additional resources for the business development. For example, a company from Ussuriysk trusts its full data backup to DEAC data centers for already 3 years.” 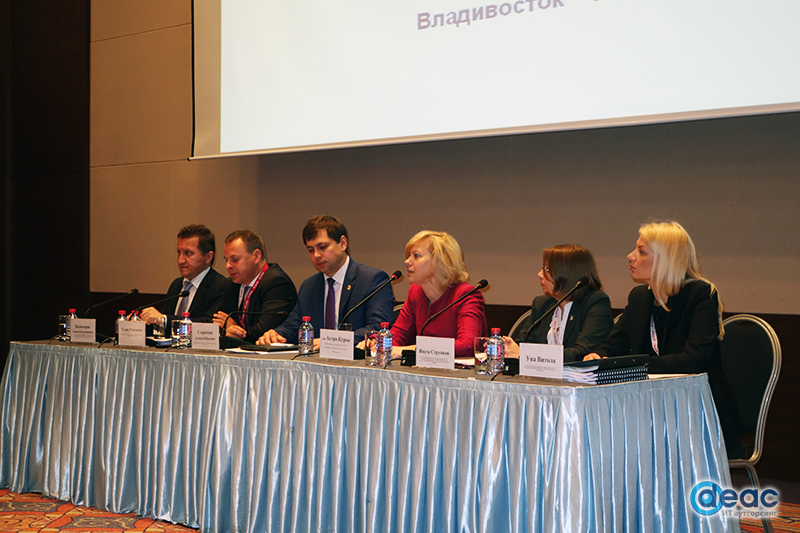 “Today the Russian Far East maintains trade relations among 120 countries of the world and total region’s trade turnover is 9 billion euros, most of that goes to China, South Korea and Japan, while Europe generates less than 400 million of Euro,” O. Naskidajevs continue. “Establishing and developing Latvian-Russian ventures is an option for both countries to establish mutually beneficial relationship, and as a result Latvia will achieve more advantageous conditions for active access to the Asian and Pacific regions.”

During the visit, Latvian delegation has congratulated Magadan residents with their city’s 75 years anniversary – city was founded in 1933 by Latvian Eduard Berzins. Magadan sister-city in Latvia is Jelgava and this social agreement gives a significant contribution to the cultural cooperation since 2006. Magadan’s Baltic ethnic group association "Kolima-Baltija" established in 2006, has 62 Latvian members living in Magadan, and is being led by the Latvian Andrejs Ozols.

Latvian delegation was represented by the Counsellor of the Embassy of the Republic of Latvia in Moscow Girts Jaunzems, Head of Representative Office in Russian Federation at Investment and Development Agency of Latvia (LIAA) and Counsellor of Economic and Financial Affairs of the Ministry of Economics Iveta Strupkaja and Mayor of Jelgava Andris Ravins. More than 30 delegates from Latvia participated in the visit to the Far East, among them 14 entrepreneurs representing information technologies, transport and logistics, food, chemical, technology production and trade industries.