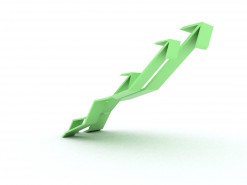 Since DEAC began its active expansion of services across foreign markets in 2009, its year-over-year revenue grew by 30-64% showing the fastest development in the Latvian data center industry, what makes DEAC one of the fastest-growing information technology (IT) companies in the industry. The results of the first quarter shows that company exports up to 60%, and more than 45% of export was invariably driven by CIS countries. A positive growth of sales achieved from European countries, making 13% of the overall export in the first quarter 2014.

Despite rising international tensions, company expects continued earnings growth in the most East region markets where it operates. DEAC key export strategies and growth of demand will provide the significant development opportunities and increase sales of the data center solutions over the next few quarters. Company predicts annual turnover growth up to 11-12 million euro as well as consistent increase of revenue. In the near future, DEAC will invest up to 6-8 M to enlarge its data center’s infrastructure.

In the beginning of 2014, DEAC has significantly enlarged its data storage and processing capacity, providing clients with the most powerful virtual platform in the Northern Europe, ranking DEAC among the largest European providers of virtual resources and identifying its effective competitive advantage. DEAC is a trusted partner for more than 2500 customers from 40 countries of the world - in Europe and CIS countries, Asia and North America.