The underground data center Grizinkalns is designed in compliance with EN 50600 Class 2 safety standard and is one of the few data centers in Northern Europe to have such a high level of physical security.

Software as a Service 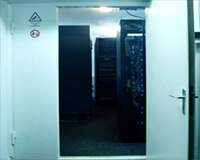 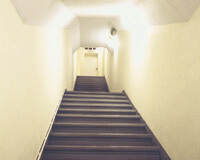 The underground data center is located in a former army command point – a bunker built as a very secure structure, made from resilient reinforced concrete constructions with multi-leveled armor. It is located 9 meters above sea level, at the same time being 12 meters under the ground. Specific location helps evade flooding and electromagnetic radiation. A 1.5 m thick lead dome built around the bunker protects it from radiation. There is physical security and video surveillance on the site. 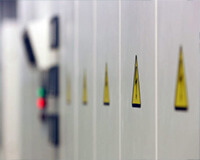 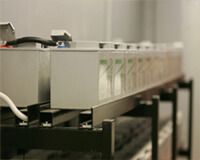 The equipment of the data center runs without interruption thanks to powerful Emerson Network Power – a doubled climate control system with a powerful equipment and its own pumping station.

Data center rooms are equipped with an automatic fire ire extinguishing system, which uses gas to suppress fire (Novec 1230), thus preventing damage to the equipment and to avoid negative impact on people. Rooms are equipped with the latest smoke and heat detectors and VESDA (Very Early Smoke Detection Apparatus). 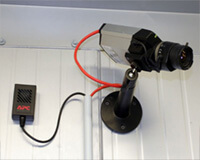 A video surveillance system CCTV records the events on the premises of the data center as well as its surrounding area on a 24/7 basis.

The data center is monitored by professional security personnel on a 24/7 basis: they ensure compliance with safety measures in the surrounding area and, if necessary, eliminate any hazardous factors.

Access to rooms of various importance is controlled with biometric access systems. An electronic security system verifies and identifies individuals according to physical traits and indicators.

Independent from communication operators, the data center is connected with several 10 Gbit/s internet channels that unite DEAC communication nodes located in Europe, Asia, USA and other parts of the world. The wide data centers’ infrastructure provides customers with high availability, a guaranteed speed and the smallest possible access delay.